Who doesn’t know the extraordinary coming of age story of Mowgli,a child abondoned in the jungle and rared by animals ?

A lost baby in the hostile jungle,Mowgli is luckily adopted by a pack of wolvesand brought up under the watchful eye of Bagherra,the Black Panther.

Together with Baloo,the teacher and happy-go-lucky bear,Bagherra teaches the young boy about the virtues that are the basis to grow up and to become a man : independence ,responsibility ,friendship ,solidarity,tolerance and honesty.

But the jungle is full of dangers: Kaa,the mocking and crafty snake, and above all Khan,the menacing tiger,are never far away… 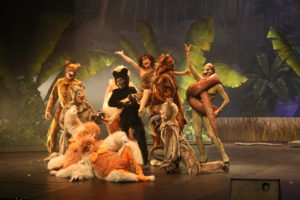 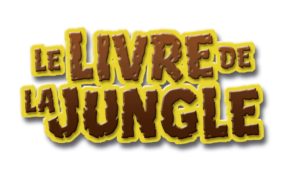 “A sspectacle that will delight both children and adults.A musical tale full of the magic of christmas.”  (Télérama – December,2007)

“About 10 leaping and twirling performers who car the youngest children in an enchanting whirl of emotion .” (Le Progrès,Lyon edition- January 2008)